We have received numerous calls and questions regarding this statement. The below responses address several concerns given at this time.

Why were they initially stopped? The deputies initiated a traffic stop for the motorcoach vehicle traveling in violation of O.C.G.A. 40-6-53 (2010). This was part of an interdiction detail on the interstate. On that day, K9 was available as part of the search regardless of the passengers. In the full body cam footage, the deputy explains the process.

Why was a dog called out? Due to the nature of the detail, a K9 was already part of the stop.

Why did they make a player open a gift package? It was an unidentified package wrapped in brown packaging. She didn’t know the contents, so the deputies checked it. The full body cam footage includes the deputy explaining that.

What will happen next? More than anything, we want feedback from the passengers of the Delaware State University Lacrosse Team on what communication approaches can be considered that we simply may not be aware of. In the meantime, this stop is being formally reviewed to ensure there were no policy violations and legally reviewed to ensure no applicable law was followed. We will also use feedback to reassess our training standards as needed. This is how true policing is done and this is what the department stands for under my leadership.

This is an official response to a traffic stop involving the Delaware State University Lacrosse Team that occurred in Liberty County on April 20, 2022. At this time, our staff will not take questions as we continue to collect all information and share our findings at a later date.

My name is William Bowman and I am the sheriff of Liberty County Georgia. Since May 9, I have taken calls, received messages, and read comments concerning a traffic stop within our county.

After a preliminary review and discussion with the deputies. I will address questions and public concern about the safety of the women that were passengers on the motorcoach.

On April 20, 2022, the Liberty County Sheriff’s Office initiated a traffic stop for a motorcoach vehicle traveling Northbound on I-95 in violation of O.C.G.A. 40-6-53 (2010). This was part of a commercial interdiction detail on the interstate. There were several other commercial vehicles that stopped that morning, including another bus where contraband was located.

Due to the nature of the detail, a K9 was part of the stop and an alert was given by the K9. Before entering the motorcoach, the deputy was not aware that this school was historically black or aware of the race of the occupants due to the height of the vehicle and tinted windows.  A canine sniff of the exterior of a vehicle is not a search under the Fourth Amendment and does provide cause to search the vehicle.

Once aboard, the deputies informed the passengers that a search would be completed. This is the same protocol that is expected to be used no matter the race, gender, age, or destination of the passengers. No personal items on the bus or any person were searched.

As part of our training, deputies are instructed to speak to individuals with respect and to explain the next steps. We realize that in this current environment, even a traffic stop can be alarming to citizens, especially African Americans. It’s why we make an effort to have a diverse department and to hire people who believe in community policing with respect for all individuals.

We are happy that nothing was found, and the passengers made it home safely. The driver was issued a warning about the Georgia state law that requires a bus or motorcoach to operate in the two most right-hand lanes, except when the bus or motor coach is preparing for a left turn or moving to or from an HOV lane.

At the time, or even in the weeks following, we were not aware that this stop was received as racial profiling. Although I do not believe any racial profiling took place based on the information I currently have, I welcome feedback from our community on ways that our law enforcement practices can be improved while still maintaining the law.

More than anything, we want feedback from the passengers of the Delaware State University Lacrosse Team on what communication approaches can be considered that we simply may not be aware of. This is how true policing is done and this is what the department stands for under my leadership.

You can visit www.LibertySO.Org and use the feedback link to share your solutions. In the meantime, this stop is now being formally reviewed to ensure there were no policy violations and applicable law was followed. We will also use your feedback to reassess our training standards as needed.

I encourage dialogue about solutions to better serve locals and travelers while honoring our duty to enforce laws.

That is the only comment I have until our findings are available. Thank you for your time.

Below is the full Body Cam Footage 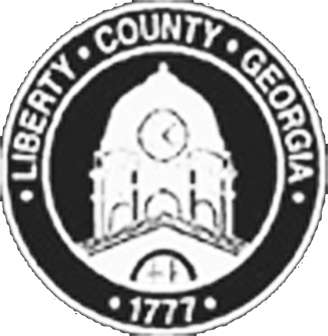